Bookish (and not so Bookish) Thoughts

Hello and happy Wednesday! Link up, link back, say hi!

1. I have had the worst luck lately. A few weeks ago I severely cracked the screen on my phone (I've had an iPhone since the first one came out and I've never done that before!), which was extremely painful since I'm up for renewal on July first. Then, a week and a half ago I was pulling out of the garage, which I've done thousands of times before, and I hit the passenger mirror, destroying the mirror and the mechanism inside that adjusts it from the driver's seat. Yesterday, right after paying a small fortune to have that replaced, I thought I dropped an eye shadow container from my Naked Palette down the sink. The plumber was just out and reenacted how this was physically impossible. I really hope I now stop doing stupid shit that I can't blame anyone else for.

2. I love having time off, but I remembered the other day why I tend to over-extend myself: so I have less time to think. I'm a pessimistic over-thinker and being home all day with a little one who has been rocking the naps lately leaves me time to ponder everything that can go wrong within my universe. I probably should stop being so cheap and stingy with my time and go to a therapist. Can you go for like a month and just be like, "Here is all my shit, tell me how to fix it, okay, bye!"? Is it like yoga? Can you just by a pass? Ha.

3. Yesterday Sawyer and I went to swim lessons and it wasn't quite the blast I hoped it would be, for him. He complained for the first twenty minutes when they did the activities and full on cried when the instructor tried to swim with him. He did love the last ten minutes when they just got to play and sing his favorite song, "The Wheels on the Bus." By the way, why was there so much singing? Why did almost every activity have a song? WHY? 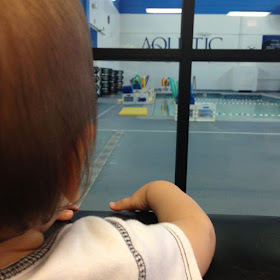 4. I'm currently reading yet another restaurant-related book, Back of the House by Scott Haas, which is a slightly different take than most. Haas is looking at the staff and owner-chef in a more psychoanalytical way, which is really fascinating.

5. My nacho skills are on point, if I do say so myself: 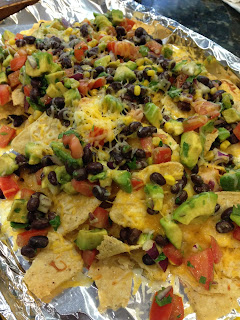 6. Last night I stayed up until midnight, which is late considering my super early wake up call, finishing Sawyer's baby book. The company I used was offering 40% off, and then an additional 20%, which ended up taking my $300+ book down to right around $150 (by the way, 40% off plus 20% is not 60% off, which I knew, but I think is a common mistake). It ended up at just over 150 pages, which is slightly ridiculous, but I really don't care.

7. Next time my husband and I are fighting I'm going to strategically throw in quotes from Taylor Swift's "Bad Blood," if I remember. "Oh, you're sorry? Well guess what? 'Bandaids don't fix bullet holes. You say sorry, just for show...'" He supposedly doesn't read this, so he shouldn't get it. The album version is so much better than the one for the video.

8. An old friend from high school started a company called Get Outfitted, which allows people to rent ski gear, via mail, which is pretty smart, especially for kids. They just added a camping component, which I think is genius. We tent camped some when I was young, and I have really good memories of it. Now, as an adult I'm not particularly gung-ho about dealing with all that when I could just stay at a hotel(electricity! room service! hot water! valet!), but I do want to take Sawyer at least once. I was just looking at the site and saw I could rent a tent, sleeping bags, and sleeping mats for three days for less than $150. And no, they didn't ask me to post this, I just really love the idea!

9. Props to Old Navy- I'm really loving their current line of workout wear. A lot of my stuff is stretched out from pregnancy, so I'm slowly trying to replace it. They had cute running shorts on sale for $9 and I think their yoga capris were somewhere around $20. I've slacked off a little the last few days and have only been walking with Sawyer, so I'm hoping this will help me get back on track (yoga tomorrow!). 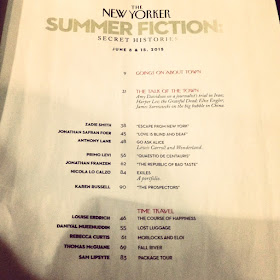